Entire film franchises have been built on the idea that cats and dogs simply don’t get along. While differences in the body language of dogs and cats can often lead to misunderstandings (and squabbles!) between the two species, it’s entirely possible for them to share a household and even become friends.

Bringing a cat and a dog together can take a lot of effort and patience, but it’s certainly achievable. This article will share some tips to get you started. 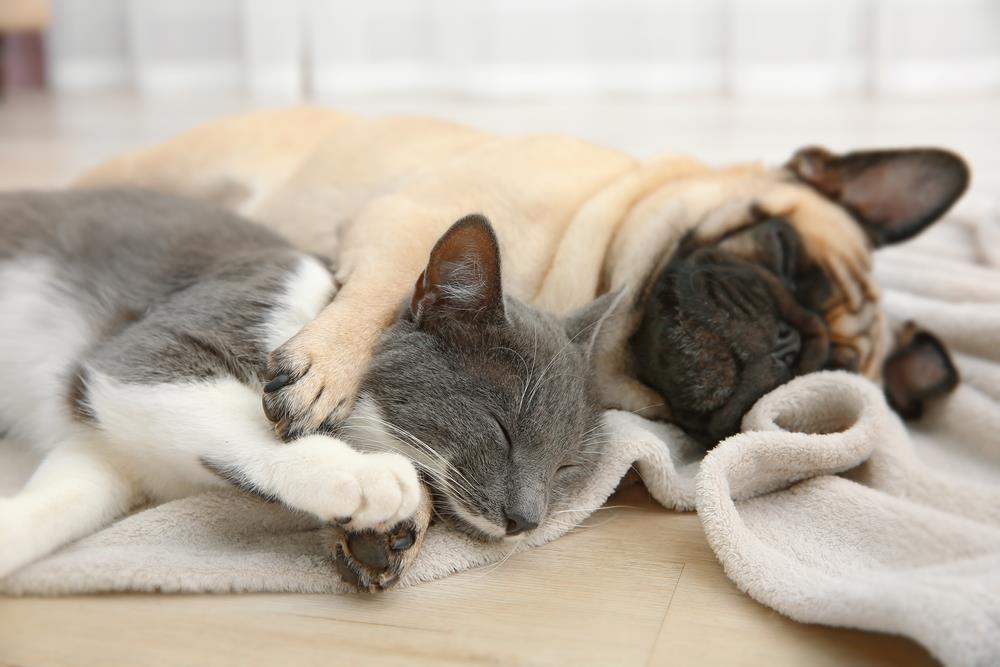 Why don’t they get along?

The body language used by cats and dogs are completely different, so the two species have a bit of trouble communicating correctly. For example, a dog’s friendly and affectionate mannerisms might be misinterpreted by a cat as aggression or hostility.

A cat’s response to danger is quite often to flee the scene. Unfortunately, humans have spent thousands of years training dogs to chase smaller animals as they attempt to run away, so this interaction could lead to a fight.

Although all dogs behave differently, certain breeds are more likely to be aggressive towards cats than others. It’s a good idea to research the temperament of your dog’s breed before deciding whether to house it with a cat. The dog’s size, age, temperament, and previous training are all factors that play a part in how the first meeting with a cat is going to go.

Similarly, some cats have a temperament that makes them unsuitable for companionship with a dog. If the cat’s first reaction to potential danger is bite or scratch, introducing it to a dog—particularly an energetic or playful dog—may not be the wisest decision.

The first meeting between the cat and the dog is hugely important. If it goes badly, and someone gets a scratch on the nose, the relationship may never recover.

To begin the process of socialising a dog and a cat, the first thing to do is to observe how each pet reacts in a controlled situation—either with the animals in a different room or each held by a different person. Nervousness and squabbles can be dealt with through training, but overt aggression (particularly from a larger dog towards the cat) could suggest that they’re not going to get along.

There’s a couple of things you should do before making the physical introduction. First, make sure the animals are calm. If you have a puppy, or a dog with boundless energy, it might make sense to wear it out with some play first. Waking the pets from a nap is another good way to ensure they’re in a relaxed mood.

The dog should be on a leash in case things get out of hand, and the cat should have somewhere nearby where it can hide or escape. Make the introduction as slowly and calmly as possible, and offer both animals praise and treats to smooth things along.

Many dogs and cats may simply choose to avoid one another. Although these animals will never become friends, this is arguably the bests scenario for frictionless cohabitation. 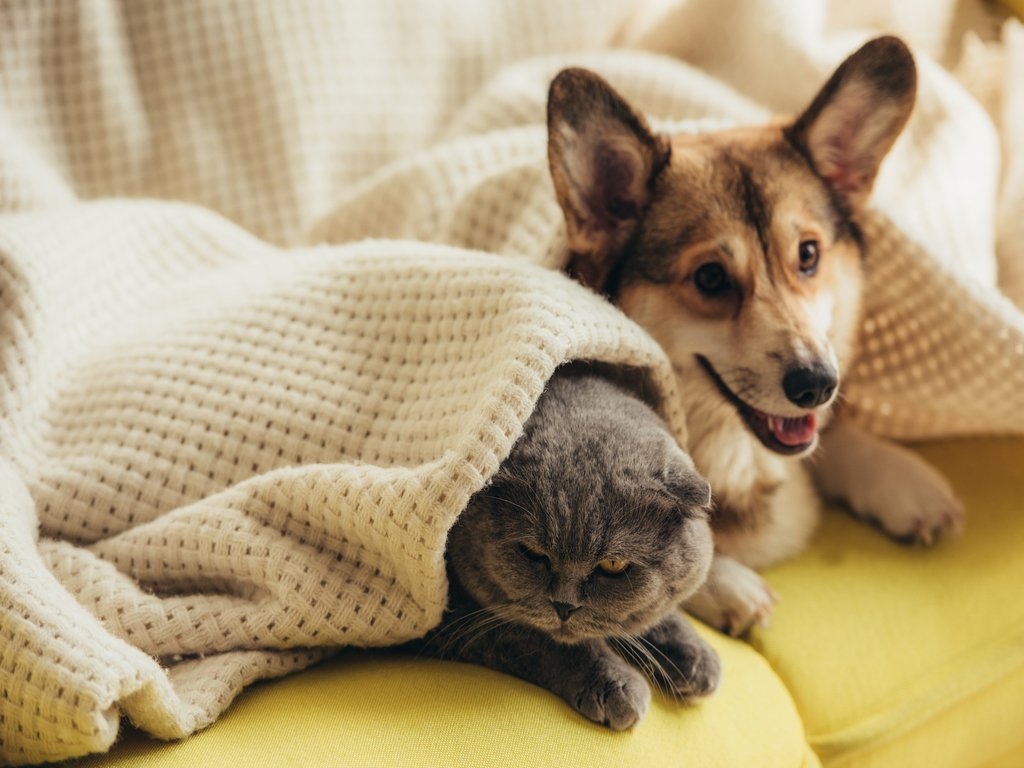 Occasionally squabbles are to be expected, but steps can be taken to make them less frequent and less likely to escalate.

Cats should have somewhere—ideally up high and out of reach—where they can go to get away from the dog. Knowing they have a “safe space” to which they can retreat will also make the cat less likely to show aggression towards the dog.

The cat and the dog should have food bowls located far away from one another. Avoid having one lingering nearby while the other is being fed, and always give them treats at the same time.

The cat and the dog should also have their own beds and/or sleeping locations. Don’t let them steal each other’s spot.

Getting a dog and a cat to be friends can sometimes take a long time, but with patience and lots of praise an harmonious household can be achieved.